The essence of this book can be found in the first sentence of the second chapter, titled “Simplicity,” where Zinsser writes, “Clutter is the disease of American writing.” In the next paragraph, he adds, “The secret of good writing is to strip every sentence to its cleanest components.”

These two sentences make his point effectively; they are clean, direct. Every facet of good writing for Zinsser contains a kernel of this “secret.” It’s honest, confident, free of euphemism and overstatement, has little concern for its audience, and does only necessary work. On the period: “There’s not much to be said about the period except that most writers don’t reach it soon enough.” Just look at some of these chapter titles: Style, Words, Usage, Unity, The Lead, The Ending, etc. Zinsser practices what he preaches.

Whereas many of the authors in the “inspirational” category stress the utility of free-flowing, unfiltered writing, Zinsser advocates editing. If the pen is mightier than the sword, Zinsser wields a red one.

For a curmudgeon, Zinsser is really funny. On the first read, I somehow missed most of the humor despite the second longest in the book being “Humor.” Perhaps I was fooled by his picture on the back cover of my edition where he sports an unflattering combover and coke-bottle glasses. His sense of humor emerges most effectively when he’s demonstrating bad writing. In a George Carlin-esque section on clutter, he writes, “When a big company recently announced that it was ‘decentralizing its organizational structure into major profit centered businesses’ and that ‘corporate staff services will be realigned under two senior vice-presidents’ it meant that it had had a lousy year.”

Every time I read this book I see its effect on my writing and I like the results.

My personal favorite book on writing, I read Story when I was writing my first screenplay. Though the little style advice contained in Story is directed towards screenwriting, this is essential reading for any storyteller, which basically includes every writer.

Story is myth. It’s the substance elevated from everyday experience, as old as the human species. From this tradition, the language of story emerged and has remained surprisingly consistent over time. McKee distills the key elements of story, which revolve around the irreversible change that occurs in a character during the pursuit, and external resistance, of her desire. The character may or may not acquire the object of desire, but through the pressure of that pursuit, she will be forever changed. And hopefully the audience will be too.

My copy of Story is heavily marked because there’s so many insightful passages and quotes. For example, a key concept McKee develops is “the gap” — the distance between expectation and outcome in how a character responds. “The truth is known — and can only be known — when we take action into the depth and breadth of our world and brave its reaction.”

I can’t recommend this book enough.

The Elements of Style, William Strunk Jr. and E.B. White

Perhaps the most iconic book on writing technique, The Elements of Style should be kept close at hand.

It’s program is highly prescriptive — basically a numbered series of do’s and don’ts: “Enclose parenthetic expressions between commas,” “The number of the subject determines the number of the verb,” and so on.

Strunk wrote the original edition of this book and White added his contributions later, including the introduction, which has this important note: “Style rules are somewhat a matter of individual preference, and even the established rules of grammar are open to challenge.” These are obviously not universal rules — they are the authors’ strongly worded suggestions. And they should therefore be broken when other considerations call for it.

The book’s most famous dictum is “Omit needless words,” which simply means that every word must do important work. In this way, Elements is a precursor to On Writing Well.

Are some of the rules in this book dated? Perhaps. But if nothing else, reading this book will give the writer a greater awareness and appreciation for grammatical, concise writing. 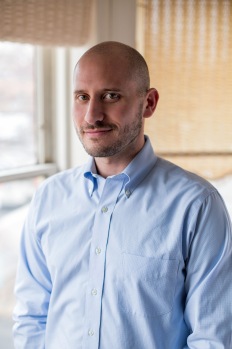